With the internationally renowned wildlife researcher Heribert Hofer, a committed supporter of young talents is taking on more responsibility in our scientific society.

On November 24, the general meeting of the German Society of Natural Scientists and Physicians (GDNÄ) appointed Prof. Dr. Heribert Hofer, Director of the Leibniz Institute for Zoo and Wildlife Research (IZW) in Berlin, as its new Vice-President. The renowned zoologist will take over the honorary function at the beginning of 2021. As newly elected vice president, Hofer is also the designated president of the GDNÄ. He will take up this office in 2023.

Heribert Hofer (60) has been head of the Leibniz Institute for Zoo and Wildlife Research in Berlin-Friedrichsfelde since 2000 and was also head of the Department of Evolutionary Ecology at his institute until 2017. Since 2000 Hofer has held a professorship for Interdisciplinary Zoo and Wildlife Research at the Free University of Berlin. Prior to his time in Berlin, he worked at the Max Planck Institute for Behavioral Physiology in Seewiesen, Bavaria, from 1986 to 1999 – first as a postdoctoral fellow, later as an independent scientist. In 1997 he habilitated at the University of Munich with a thesis on the behavior of spotted hyenas in the Serengeti Savannah.  Heribert Hofer began his studies of zoology at the University of Saarland and completed it at the University of Oxford with the doctoral degree “DPhil”.

The internationally renowned scientist has been closely associated with the GDNÄ for years. Heribert Hofer is involved in many ways: as an elected representative and group chairman for the subject of biology as well as with speeches at meetings, for example in 2016 in Greifswald and 2018 in Saarbrücken. In addition to science communication with the public, he is particularly interested in the promotion of young talents within the GDNÄ student program.

An interview with Professor Hofer about his wildlife research in Africa, his commitment to science-based nature conservation and his future plans for the GDNÄ is available here. 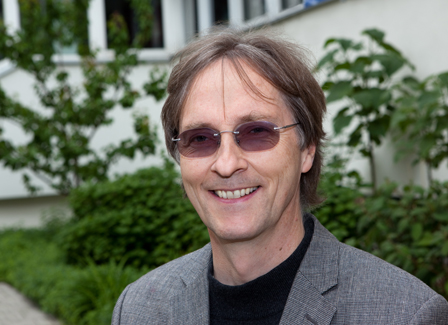