Change in the presidency

Change in the presidency

Dear members of the GDNÄ,

This year marks the end of my term as President of the GDNÄ. The corona pandemic has forced us to move the meeting originally planned for 2020 in Würzburg first to the following year and finally to merge it with the Leipzig jubilee meeting in September 2022. This has also extended my presidency to an unusual four years.

The first of these years, 2019, served to prepare the conference on the theme of “Images in Science”, to recruit speakers, to design a framework programme. The second year, 2020, took place practically only online after the federal government decided on the lockdown in March. Even after that, meetings in groups were at times forbidden or inadvisable. In March, an expert group consisting of GDNÄ members, state academies and the Ifo Institute produced a statement on how to deal with the Corona pandemic, which differed from the restrictive course of the Leopoldina. Against the background of our now almost two-year pandemic experience, the proposals for a gradual opening are still interesting and up-to-date.

With this statement, we opened our new website www.gdnae.de at the beginning of April 2020, which became the essential tool for communication for a long time with the help of news, reports, portraits and interviews. Thanks to all who contributed to this, especially to our editor Lilo Berg.

In the third year, 2021, vaccines against the SaRS-CoV2 virus became available – surprisingly quickly. Even if some in the population (and also in the GDNÄ) were sceptical about the injections, looking back as well as looking at China today shows that they played a central role in overcoming the pandemic. But progress was too slow to hold a large meeting, and so the Würzburg meeting planned for September had to be cancelled altogether.

This year, 2022, was marked on the one hand by very high covid case numbers with decreasing disease severity and declining death rates. On the other hand, the crisis of the pandemic was replaced by the crisis caused by the attack on Ukraine. It became clear that we personally and as a society are only partially crisis-proof and resilient – an observation that should concern us. Despite this situation, we have optimistically pursued the production of the commemorative publication “Wenn der Funke überspringt” and the planning of the anniversary conference and have been amply rewarded in both! Take another look back: “Commemorative Publication for the GDNÄ Anniversary” and “200 Years of the GDNÄ – Review of the Anniversary Assembly 2022” .

I am very grateful for the opportunity to run both and I thank everyone who made it all possible: the many excellent speakers who gave insights into their research, the lecturers who set the student programme on a good path, the board council and the staff of the office as well as the team around our local partner Jörg Junhold from Leipzig Zoo. I would also like to thank everyone who contributed to the commemorative publication, the authors, Lilo Berg for editing and Thomas Liebscher from Passage-Verlag for the design. Without financial support, the conference, the student programme and the commemorative publication would not have been possible: I would like to thank the Wilhelm and Else Heraeus Foundation, the Bayer Foundation, the AKB Foundation and the Klaus Tschira Foundation. 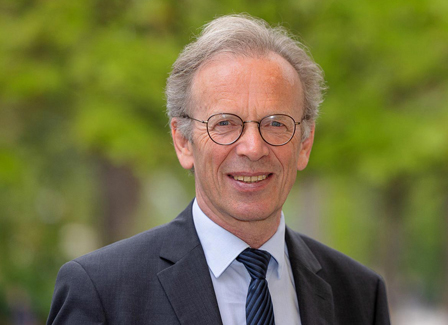 Pharmacologist Professor Martin Lohse was GDNÄ President from 2019 to 2022. He moves to the office of 1st Vice President on 1 January 2023.

Now the focus is on the future. At the General Assembly in Leipzig, Anke Kaysser-Pyzalla, Chairwoman of the Executive Board of the German Aerospace Center (DLR), was elected to the office of 2nd Vice-President; she will assume the Presidency in 2025. In accordance with the statutes, Heribert Hofer, Director of the Leibniz Institute for Zoo and Wildlife Research (IZW) in Berlin, will take over as President in 2023/24. I would like to welcome both of them in their new roles and wish them all the best for their tasks. Michael Dröscher will continue as Treasurer and Secretary General; I myself will take on the role of 1st Vice President.

This year, for the first time, we held the election of the professional representatives electronically. Marion Merklein (Erlangen-Nuremberg) was elected for the engineering sciences, Uwe Hartmann (Saarbrücken) for physics/geology and Peter Liggesmeyer (Kaiserslautern) for mathematics/computer science. I warmly welcome all those who will be newly involved in the GDNÄ.

There is much to do to prepare the next assembly in 2024 in Potsdam and to make the GDNÄ fit for the future. The involvement of young people has proven its worth, especially within the framework of the student programme. And as announced most recently at the award of the Lorenz Oken Medal to Mai Thi Nguyen-Kim in October, we want to further expand the dialogue with society.

I have experienced the GDNÄ as a vital society with many energetic members and am grateful for having been able to accompany it on its way into its third century. It has been a rich time!

I send you my warmest greetings and wish you and yours all the best for the New Year.

Zoologist Professor Heribert Hofer was Vice President from 2021 to 2022. He took over the GDNÄ Presidency on 1 January 2023.

The engineer Professorin Anke Kaysser-Pyzalla will take office as 2nd Vice-President of the GDNÄ on 1 January 2023.