What the virologist Hans-Georg Kräusslich recommends in the Corona crisis

The days should have 48 hours for Hans-Georg Kräusslich. One telephone conference after the other, patient visits, meetings in the laboratory – the Heidelberg professor of virology is always busy, but in the corona crisis he is in constant action. At the University Hospital in Heidelberg, GDNÄ member Kräusslich is not only the head of the Centre for Infection Medicine, but as Dean of the Medical Faculty he is also responsible for ensuring that the entire hospital functions properly. In addition, as Chairman of the Board of the German Centre for Infection Research (DZIF), he is driving forward studies on “SARS-CoV-2”, the trigger of the worldwide pandemic.

New test methods for diagnosis, antiviral drugs and a vaccine against the new coronavirus are high on the DZIF’s agenda. Together with the German Centre for Infectiology, a Europe-wide case registry is currently being established to collect clinical data from infected persons. For example, the registry will show under which circumstances patients become seriously ill after infection, when they get away with mild symptoms and which measures are best suited to treat them. “We are very confident that we can make an important contribution to the fight against the virus,” says Hans-Georg Kräusslich, who appears calm and prudent even in these times of greatest tension.

He is currently also involved as a member of a group of experts who have presented a phased plan for the period after the corona shutdown. “As a society, we must now develop scenarios for a gradual return to normality,” said the Heidelberg physician explaining his commitment.

Hans-Georg Kräusslich has been a member of the Society of German Natural Scientists and Physicians (GDNÄ) for almost forty years. In September 1982, as a medical student, he attended the GDNÄ meeting in Mannheim which was held under the motto “Progress reports from natural science and medicine”. There the then 24-year-old listened to a series of lectures, in which he was particularly fascinated by the contribution of the German-born US virologist Peter K. Vogt. Vogt spoke in Mannheim about cancer-causing genes, so-called oncogenes. At that time, this field of research was still in its infancy and Vogt was one of the pioneers with his laboratory at the University of Southern California in Los Angeles. “I was very impressed by the news I learned at the GDNÄ meeting,” recalls Hans-Georg Kräusslich. He says that his penchant for virology was awakened at the time – and has continued to grow during his time as a postdoc in the USA.

Upon his return to Germany, the young physician established a group at the German Cancer Research Center in Heidelberg to research AIDS viruses. In the mid-1990s, he went to the Heinrich Pette Institute in Hamburg, which he led until 1999. In 2000, Kräusslich became head of the Department of Virology at the University Hospital in Heidelberg and has been the director of the Centre for Infectiology since 2003. In autumn 2019, his colleagues elected him Dean of the Medical Faculty in Heidelberg.

“The GDNÄ offers excellent opportunities, in particular for pupils and students, to come into contact with scientists and learn about current research,” says Hans-Georg Kräusslich. The conference almost forty years ago gave him a decisive impulse – this is one of the reasons why he has remained true to “his” GDNÄ. 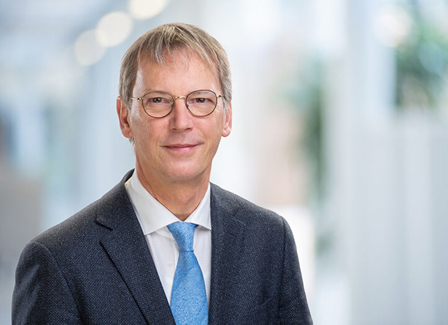 >> Making the Fight against the Coronavirus Pandemic Sustainable (PDF)