Day 3 of the Festive Assembly in Leipzig: Saturday, September 10, 2022

Of extrasolar planets, luminaries in the making and images from Hollywood

The third day of the conference is dedicated to images from physics, technology and computer science, and in the morning, for example, leads straight into galactic expanses. Professor Heike Rauer, Director of the Institute of Planetary Research at the German Aerospace Centre (DLR), is a convincing and knowledgeable tour guide. Not only does she have a fascinating lecture topic – the diversity of extrasolar planets – she can also convey it in an understandable and inspiring way. 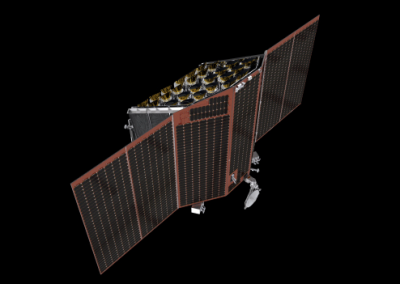 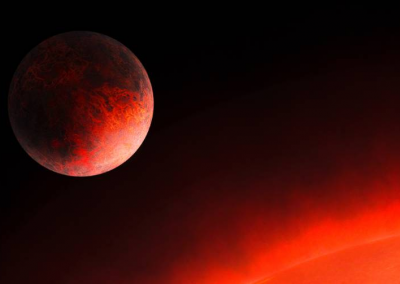 The journey leads beyond the known solar system with its eight planets into extrasolar dimensions, the exploration of which began with the American Voyager probes launched in the 1970s. In 1995, the first extrasolar planet, “51 Pegasus b”, was discovered at the French Haute Provence Observatory. The discovery made headlines worldwide and earned the two researchers, Michel Mayor and Didier Queloz, the Nobel Prize in Physics in 2019.

More than five thousand planets around stars beyond our solar system are now known, says Heike Rauer. “We are the first generation of people to be able to see planets around another star – you have to roll with the punches, that’s just fantastic.” However, she says, this is also accompanied by the realisation that our solar system is perhaps not as unique as was long believed. Rauer: “Of course, it also raises the old human question: Is there life out there? Are we not alone in this world?”

But how do you manage to take pictures of planets? After all, their stars are millions of times brighter than the satellites. In order to still see something, the light is blocked with blinds, reports Heike Rauer – similar to a person who holds his hand in front of his eyes in bright light. “With the method of coronography we can actually get an image of planets outside the solar system, even if they are only visible as dots due to the great distance. Unfortunately, this is only possible for very few planets so far.” The most successful method at the moment is the so-called photometric transit method: With this method, planets can be discovered as soon as the orbiting planet passes in front of the star as seen from Earth, thereby obscuring it according to its size.

Satellites serve as observation platforms. The first artificial satellite was launched into space by the French-European CoRoT mission, followed by NASA’s Kepler/K2 and TESS missions and ESA’s CHEOPS and, in the future, PLATO missions.  “The Kepler and TESS missions also have Citizen Science projects,” says Heike Rauer. Fresh data would be put on the web immediately to enable anyone interested, including amateurs, to search for planets. Her colleague discovered “GJ367b” in this data – “an extremely fast, very close to the star and unfortunately uninhabitable planet for humans, which seems to consist mainly of iron.”

The big goal of their guild, he said, is to find habitable rocky planets. “We discover small planets all the time, but so far, unfortunately, no second Earth – even if that is often suggested in the media.” In order to perhaps one day make a find in the planetary diversity, the time has now come for a large inventory. This is the goal of the ESA space telescope PLATO, whose instrument consortium is headed by Heike Rauer. From the end of 2026, PLATO will search the Milky Way for Earth-like planets, using 26 cameras that can measure the smallest fluctuations in stellar brightness with high precision. Rauer: “This is the largest area of light-sensitive sensors ever built.” Subsequent missions, the plan goes, will study the atmospheres of the Earth-like planets found to find out more about their habitability.

“What we know today is: the solar system is not the norm, rather we have a lot of diversity out there,” says the astrophysicist. In her discipline, she says, it’s a bit like botany right now, when the first researchers went out into nature to collect and sort plants. Heike Rauer: “We are like children who are amazed and have questions upon questions.”

The world of extrasolar planets as an artistic impression.

>> Reports from Leipzig: The anniversary in the media

Heike Rauer during her lecture on the diversity of extrasolar planets.

At the age of 20, Finn Hille is already an old collegiate. The fifth-semester medical student took part in the student programme in Saarbrücken for the first time in 2018 and, because he enjoyed it so much then, is taking part for the second time in Leipzig. A good twenty other alumni have travelled with him. “Many have come a long way to be here again – that speaks for great enthusiasm,” says the Bonn student.  His sister Liv Hille, 16, is standing next to him. She is a student at the Clara-Schumann-Gymnasium in Bonn and, after her brother had reported so animatedly about his Saarbrücken experience at home, applied directly to the GDNÄ office for a place in this year’s student programme. Liv already has quite clear ideas about her future: “I want to study human medicine, maybe chemistry,” says the young woman. “In any case, I want to become a scientist.”

How do you like it here at the conference?

Liv: I am very impressed and have great respect for everyone who is presenting here. That’s a feeling you can quickly get as a young person, but here I don’t have to be shy and I can talk to famous scientists. It gives me the courage to become a luminary in a subject myself. Most of the fellow fellows already have their subject specialisations, but everyone is very open and we have lots of good discussions.

Finn: I’m completely blown away by the interdisciplinarity at this meeting. In medicine, many fundamental insights come from the border areas and here I get so many impulses from other fields that I can think about for a long time. What I also particularly like here is the great joy of discourse – among the speakers, the visitors and in the student programme. The GDNÄ is a model for the future, an ideal: this is how science should be.

The lectures should, according to the goal, be demanding and understandable. Do you succeed in this and what do you do if you don’t understand something directly?

Liv: In some lectures, a great deal of basic knowledge is assumed, which I don’t yet have. When difficulties arise, I try to understand the lecture at least to some extent using the examples that are presented. If that doesn’t work, I concentrate on what I do understand and can often make sense of a lot of other things. I think it’s normal not to understand everything immediately. I then dig in and learn more.

Finn: Of course I come up against limits of understanding in some lectures. Then I do what I do at the university: I take a step back and work my way back along the thread of the lecture to a point where I can pick up again. This is usually possible because the GDNÄ lectures are excellently structured. If the first strategy doesn’t help me, I try to focus on aspects that I can relate to and then look for references to my own subject.

German is spoken at this conference. What do you think of that?

Liv: For my generation, it makes it easier to access. We all speak English quite well, but in German you get into conversation faster and better.

Finn: I think it’s appropriate for a large scientific nation to hold conferences in the mother tongue and I like to keep up this tradition. It’s a different story for conferences. There it is important that experts from many countries exchange information in one language, which is conveniently English.

Many generations are represented at the GDNÄ Assembly. What is that like for you?

Liv: It is impressive that many older people come from far away. I find the dialogue between the generations here very successful and enjoy discussing with experienced scientists. For example, I had an interesting conversation about science communication with a geologist in the lecture hall.

Finn: Not only the speakers here have an exciting life story. During the breakfast break, for example, an elderly couple sat down with us. They both come from near Stuttgart, he is a chemist – we were talking about the lecture on biodiversity we all just came from.

How will the GDNÄ remain attractive in the future?

Finn: I would like the GDNÄ to get more involved in public debates. It has a great responsibility there. I am thinking, for example, of initiatives to prevent infectious diseases that pose a global risk.

Liv: The GDNÄ has so much to say. I’m sure many young people at universities would be enthusiastic to join in. But perhaps the direct invitation is still lacking.

At the end of the third day of the conference, Professor Markus Gross from ETH Zurich invites the audience to follow him behind the scenes of the film business. He receives enthusiastic applause for his lecture on “Computer Science for Hollywood Pictures”. (report follows)

Markus Gross during his lecture in Leipzig.