Rainer Blatt: Quantum technology is developing at a rapid pace

“Quantum technology is developing at a rapid pace”

Professor Blatt, how many interviews have you given since the beginning of October?
It must have been five or six. The requests came from national and international news agencies and newspapers.

What were the interviews about?
The occasion was, of course, the Nobel Prize for quantum research, which was awarded to my colleague Anton Zeilinger together with the Frenchman Alain Aspect and the American John Clauser. The spectrum of topics ranged from questions of basic research to my connection with Anton Zeilinger.

We are also interested in this: How long have you known Anton Zeilinger and what is the connection between the two of you?
We have known each other for 35 years and started working together soon after I arrived at the University of Innsbruck in 1995. We are connected by quantum physics research, whereby our approaches differ but complement each other well. Anton Zeilinger is dedicated to the fundamentals of quantum mechanics and works with photons, while I specialise in atoms and ions and focus more on applications. Together with Peter Zoller and other colleagues, we founded the Institute for Quantum Optics and Quantum Information, or IQOQI for short, in Innsbruck in 2003. Our model was the famous JILA, an institute for atomic physics and astrophysics in Boulder, Colorado. Peter Zoller and I had spent wonderful research stays there. Back in Austria, we were able to convince the local Academy of Sciences to set up a similar institution in our country. In the meantime, the IQOQI has developed into a beacon of research, and that can be said without exaggeration.

Exclusive location in the Tyrolean Alps: the Institute for Quantum Optics and Quantum Information (IQOQI).

How can we imagine the institute?
We work at two locations: Here in Innsbruck, more than 200 scientists from over 20 countries are now conducting research; the team around the director Markus Aspelmeyer in Vienna is similarly large and international. Despite different research foci, we work closely together, and our working groups meet regularly to exchange ideas. In the first few years I led the institute as founding director, since then I have acted as scientific director.

So, could the IQOQI be described as a nucleus for the Nobel Prize in Quantum Physics in 2022?
Absolutely. Although much of the work honoured with the prize was done before the institute was founded, the IQOQI has greatly promoted the visibility of quantum physics in Austria.

What significance does the award have for your field in Austria?
The Nobel Prize is also a recognition of the immense development work of the last 25 years. It has led to the creation of a critical mass in quantum information in this country. With its per capita expenditure in this field, Austria is the world leader. Our funding agencies, first and foremost the Austrian Science Fund FWF, the Federal Ministry of Education, Science and Research and the Austrian Academy of Sciences, have ensured this – we owe them our very special thanks.

What about the practical application of the research results, for example in the field of quantum computing?
There are first prototypes that can calculate with a few tens of quantum bits, so-called qubits. That’s a lot, considering that a quantum computer can in principle achieve the performance of a current supercomputer with just fifty qubits. The prerequisite, however, is that the quantum calculations can be continued indefinitely and that no errors occur in the process. We are still a long way from that, but intensive work is currently being done worldwide on error correction and scalability. In general, the field is developing rapidly, the potential is extremely large and many young people with fresh ideas are joining the field.

View into a laboratory at the Innsbruck Institute for Quantum Optics and Quantum Information.

It is often said that quantum computers with gigantic computing power will soon replace classical computers altogether. Is that how you see it?
No, because quantum computers are particularly well suited for solving special problems, for example for calculating the quantum properties of materials, which is very important in chemistry and for which about half of the world’s computing power is used today. Classical computers need much more storage capacity for such operations than quantum computers. Incidentally, as early as the 1980s, the US Nobel Prize winner Richard Feynman pointed out that it makes much more sense to use computers for such tasks that calculate with quantum properties and thus automatically take quantum behaviour into account than to programme this in a complicated way on a classical computer. Classical computers will continue to perform standard calculations and routine work and have their justification, for example, when it comes to Big Data applications, such as in climate research. Here, the rules of classical mechanics apply; this is not the terrain of quantum computers.

The German government is funding the development of quantum computers “Made in Germany” to the tune of two billion euros. Bavaria added another 300 million euros and launched the ambitious project “Munich Quantum Valley” at the beginning of 2022, in which you are also involved. What is happening there right now?
The Munich Quantum Valley is about developing and operating quantum technology as a whole and competitive quantum computers in Bavaria. The two Munich universities and the University of Erlangen-Nuremberg are participating, as well as the Max Planck Society, the Fraunhofer Society, the German Aerospace Centre and the Bavarian Academy of Sciences. Munich Quantum Valley, with its 350 employees, is where all the threads come together. We are currently building quantum computers on three different platforms. The project is already setting international standards. As an advisor and coordinator, I now devote half of my working time to it.

Munich Quantum Valley has set out to inform the public about current topics in quantum research. Is that a good idea?
I think it’s extremely important. The scientific work and the researchers are paid by society, the research environment is provided by it – so we also have a duty to explain what we are doing and for what.

How do you go about doing this? Quantum physics is not exactly easy fare.
I take people seriously and try to meet them where they are. What I say doesn’t have to sound scientific. It should get to the heart of things as simply as possible, but it must not be wrong. I like to use images, analogies and examples. And sometimes I quote my mother with one of her favourite phrases: “Nothing comes from nothing”. That brings us right to the heart of physics and quickly to my topics. 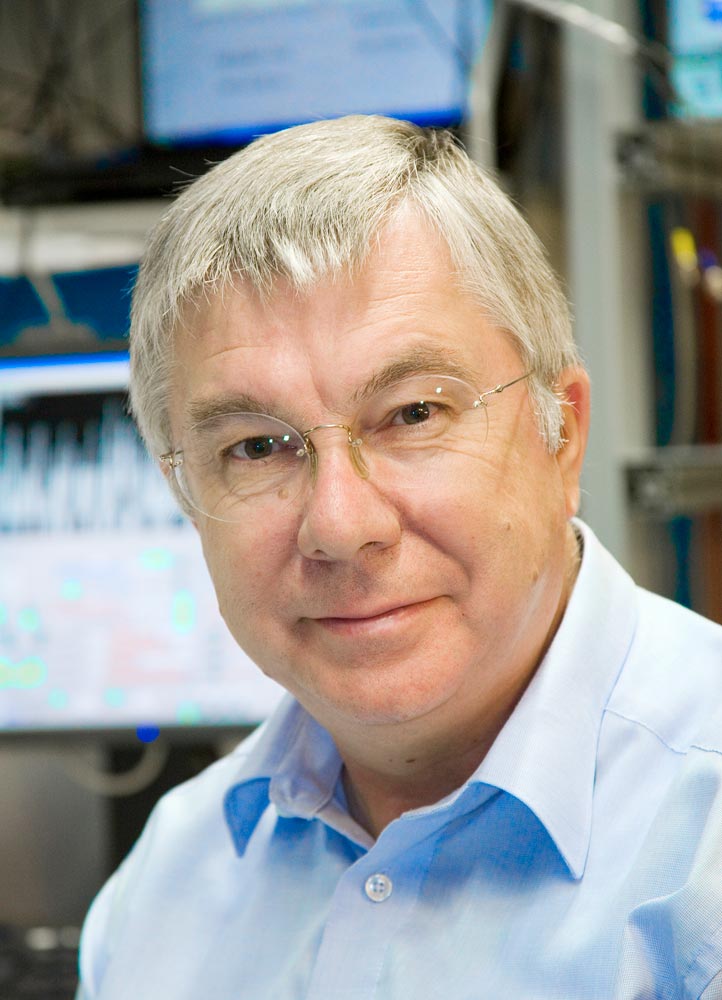 Rainer Blatt, Professor of Experimental Physics at the University of Innsbruck.

Rainer Blatt has been Professor of Experimental Physics at the University of Innsbruck since 1995 and Scientific Director at the Institute for Quantum Optics and Quantum Information of the Austrian Academy of Sciences since 2003. Born in Idar-Oberstein in 1952, the researcher studied mathematics and physics in Mainz. His academic career then took him to Berlin, Hamburg and Göttingen. Formative for his work were research stays at the Joint Institute of Laboratory Astrophysics in Boulder/Colorado with John L. Hall, who received the Nobel Prize in Physics in 2005.

Professor Blatt has received many awards for his achievements in the field of quantum physics, including the International Quantum Communication Award in 2016 and, together with Anton Zeilinger and Peter Zoller, the prize of the Chinese Micius Quantum Foundation in 2019. Since 2021, in addition to his work in Innsbruck, the German-Austrian has coordinated Munich Quantum Valley, an initiative to expand quantum science in Bavaria. In 2021, Rainer Blatt was also appointed honorary professor at the Technical University of Munich as well as an external member of the Max Planck Institute for Quantum Optics in Garching near Munich. Professor Blatt has been associated with the GDNÄ for years as a guest speaker and author.

For the commemorative publication on the 200th anniversary of the GDNÄ, Rainer Blatt wrote an article on quantum computers (Mit Quanten muss man rechnen). In it, the Innsbruck physics professor describes the current state of research and presents the work of his team at the University of Innsbruck.

>> „Mit Quanten muss man rechnen“ from the anniversary publication of the GDNÄ (PDF, German only)

At the 130th GDNÄ conferende in Saarbrücken 2018, Professor Blatt gave a lecture on “Quantum Physics – Arithmetic with Quantum Physics”:

>> to the lecture of Professor Blatt (German only)