Würzburg 2021 will be merged with 200th GDNÄ anniversary

With a heavy heart, the GDNÄ Presidium has decided not to realize the 131st Assembly in Würzburg in 2021, but to combine it with the 132nd Assembly in Leipzig. The reason is the Corona pandemic, which made all previous plans obsolete. The anniversary conference will be held in Leipzig from 8 to 11 September 2022.

Everything was prepared on time for the meeting in Würzburg originally planned for September 2020 on the topic of “Science & Image”. Many GDNÄ members, selected students, teachers and citizens had looked forward to high-level lectures, discussions and personal exchange. But then Corona came and called for new solutions. In the early summer of 2020, it was decided to postpone the Würzburg Assembly was postponed by one year. At the time, that seemed like a safe distance. But in the meantime we had to realize that planning for an assembly in September 2021 would be too risky. Hence the decision to present highlights on the topic of “Science & Image” at the anniversary meeting to mark the 200th anniversary of the GDNÄ at its founding location in Leipzig – together with new topics that will be developed over the next few months and then presented on this page. 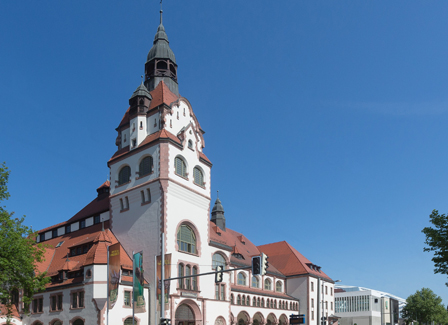 The 200th anniversary celebration of the GDNÄ will take place in the
Congress Hall at the Leipzig Zoo.