Change in the Board

Change in the Board

Heribert Hofer is the new President of the GDNÄ

With the internationally renowned wildlife researcher, a committed promoter of young talent takes over the presidency..

Heribert Hofer (62) has headed the Leibniz Institute for Zoo and Wildlife Research in Berlin-Friedrichsfelde since 2000. Until 2017, he was also head of the Department of Evolutionary Ecology at his institute. Since 2000, Hofer has also been Professor of Interdisciplinary Wildlife Research at the Free University of Berlin. Before his time in Berlin, he conducted research at the Max Planck Institute for Behavioural Physiology in Seewiesen, Bavaria, from 1986 to 1999, initially as a postdoctoral researcher and later as an independent scientist. In 1997, he habilitated at the Ludwig Maximilians University in Munich with a thesis on the behaviour of spotted hyenas in the Serengeti savannah. Heribert Hofer began his studies in zoology at Saarland University and completed them at Oxford University with a doctorate in “DPhil”.

The internationally renowned scientist has been closely associated with the GDNÄ for many years. He has been involved in many ways: as an elected subject representative and group chair for the subject of biology, with speeches at meetings and as 2nd vice-president in the preparation of the 200th anniversary celebration in Leipzig. In addition to the dialogue with the public, Heribert Hofer attaches particular importance to the promotion of young talents within the framework of the GDNÄ student programme. 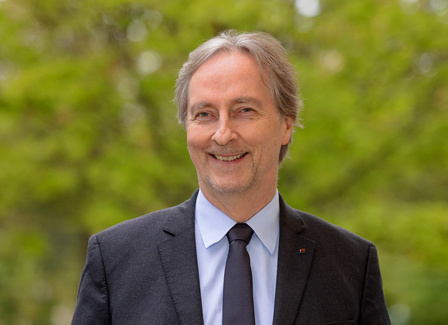 Zoologist Professor Heribert Hofer was Vice President from 2021 to 2022. He took over the GDNÄ Presidency on 1 January 2023.

>> Interview with Professor Hofer about his wildlife research in Africa, his commitment to science-based conservation and his ideas for the future of the GDNÄ
>> Heribert Hofer also talks about the GDNÄ of tomorrow in a detailed interview in the commemorative publication “Wenn der Funke überspringt” on the occasion of the 200th anniversary of the Natural History Society