The GDNÄ mourns the death of its member, Nobel Laureate Paul J. Crutzen

He discovered the ozone hole

The GDNÄ mourns the death of its member,
Nobel Laureate Paul J. Crutzen

Long-time member of the Society of German Natural Scientists and Physicians (GDNÄ) Professor Paul J. Crutzen passed away on 28 January 2021 at the age of 87. Paul Crutzen received the Nobel Prize in Chemistry in 1995, together with Mario J. Molina and F. Sherwood Rowland, for explaining how nitrogen oxides destroy the ozone layer and the chemical processes that create the ozone hole.

“Paul Crutzen was early to focus on the impact of civilisation on the environment, and made important contributions to the study of man-made climate change,” says Martin Lohse, President of the GDNÄ. “He was the first to show how human activities damage the ozone layer, laying the groundwork for the global ban on ozone-depleting substances.”

Paul Crutzen also coined the term Anthropocene to describe the current era in which humans have become one of the most important influencers of atmospheric, biological and geological processes on Earth, shaping the evolution of the planet. He was a great admonisher in the face of increasingly noticeable consequences of interventions in the environment.  In recent years, he worriedly wondered whether humanity would manage to recognise and address climate change as a serious problem soon enough. This was another reason why Crutzen was a convinced mediator between science, politics and society. 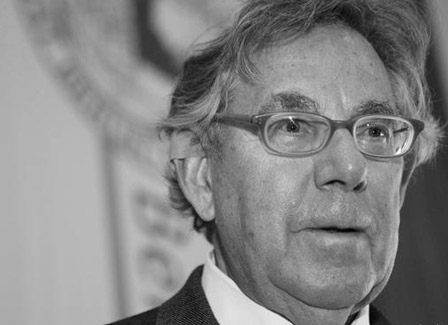